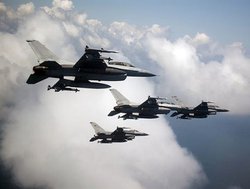 The US DoD has purchased three supercomputers under its High Performance Computing Modernization Program (HPCMP). Collectively the new systems, one from Cray and two from SGI, will provide an additional 10 petaflops of computational power to the agency, bringing HPCMP’s aggregate total to 31.1 petaflops. 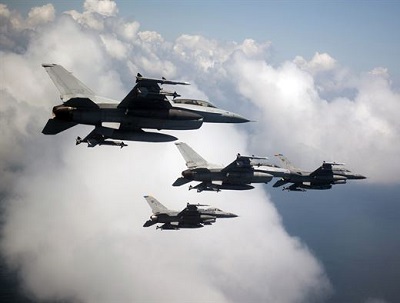 The $63.7 million procurement represents the program’s 2016 investment, and includes the purchase price of the three systems plus the operational costs that span out over the next four years, assuming all the options are exercised. The DoD’s selection of Cray and SGI is hardly a surprise, given that all the HPCMP unclassified systems save one (an IBM iDataPlex cluster) are from these same two vendors. As we reported last week, since HP Enterprise (HPE) completed its acquisition of SGI, the contract revenue from will be funneled into HPE’s bottom line once those systems are installed.

The two SGI supercomputers will be installed at the Army Research Laboratory Defense Supercomputing Resource Center (ARL DSRC) in Aberdeen, Maryland. The smaller one, a 1.16 petaflops ICE XA cluster, will be equipped with about 1,500 Intel Xeon E5-2699 v4 22-core processors, lashed together with Mellanox EDR InfiniBand. SGI InfiniteStorage 5600i provides 3.4 petabytes of storage. The second ARL system is also an ICE XA machine, and is rated at 2.6 petaflops. It comes with around 3,700 Intel Xeon E5-2698 v4 20-core processors. It also uses EDR InfiniBand and SGI InfiniteStorage 5600i -- 11.8 petabytes in this case. The systems will be used to “help DoD scale algorithms, increase real-time experimental data processing and methods for live-virtual simulations.”

The Cray procurement encompasses an XC40 supercomputer and three Sonexion storage systems. The Cray gear is headed to U.S. Army Engineer Research and Development Center DoD Supercomputing Resource Center (ERDC DSRC) in Vicksburg, Mississippi. The system will be equipped with both Intel Xeon and Xeon Phi processors, which makes it the first Knights Landing system for HPCMP. Although no performance rating was made public, the XC40 should come in at about 6.2 petaflops (assuming no other systems are in the HPCMP pipeline for the 10 petaflops collective upgrade). The system is scheduled for installation in mid-2017.

The 31 petaflops represent the largest concentrations of HPC capacity of any single agency except for the US Department of Energy. The DOE currently operates more than 80 petaflops of supercomputers, and that number will quadruple in capacity over the next 18 months after the three CORAL systems come online. The HPCMP capacity doesn’t include the classified systems, which for obvious reasons they don’t talk about. Those machines probably comprise multiple petascale systems as well, most likely from these same two vendors.