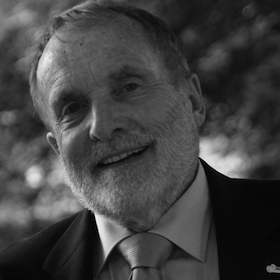 In 1993, Hans Meuer started the TOP500 project together with Erich Strohmaier (previously at the University of Mannheim, currently at Lawrence Berkeley National Laboratory) and Jack Dongarra (University of Tennessee and ORNL). From 1976 until his retirement in 2000, Meuer was director of the computing center and professor for computer science at the University of Mannheim, Germany. While at the university, Meuer was co-founder and organizer of the first Mannheim Supercomputer Seminar in 1986, an annual meeting known today as the International Supercomputing Conference (ISC).Meuer has served as the Conference General Chair since the very beginning. Since 1998, he has been managing director of Prometeus GmbH.

The TOP500 list was created as a project for the June 1993 meeting in Mannheim, and then updated for the Supercomputing 93 conference held that November. The list continues to be issued at ISC every June and SC in November.

Prior to joining the University of Mannheim, Meuer served as specialist, project leader, group and department chief during his 11 years at the Research Center in Jülich,Germany, from 1962 – 73. In addition to his afore mentioned activities, Hans Meuer has been editor-in-chief of the professional IT journal PIK - Praxis der Informationsverarbeitung und Kommunikation(published by KG Saur VerlagMünchen, Munich), from 1986 - 2004. He was a member of the professional societies ACM and GI. He published numerous articles in the areas of mathematics, data processing and computer science.

Meuer studied mathematics, physics and politics at the universities of Marburg, Giessen and Vienna. He graduated at the University of Giessen in 1962and in 1972, he received his doctorate in applied mathematics from the Rheinisch Westfälische Technical University (RWTH) of Aachen.

Prof. Dr. Hans Werner Meuer passed away at the age of 77 at his home in Daisbach, Southern Germany, on January 20, 2014, after a brief battle with cancer.