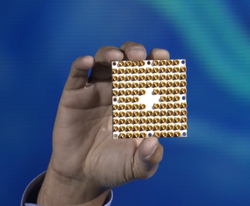 Intel announced it has built a 49-qubit processor, suggesting it is on par with the quantum computing efforts at IBM and Google. 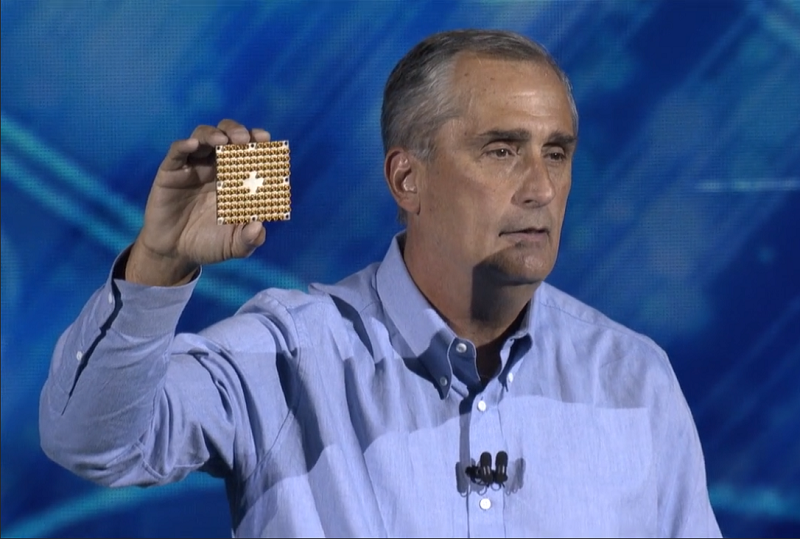 The announcement of the chip, code-named “Tangle Lake,” came during a pre-show keynote address by Intel CEO Brian Krzanich at this year’s Consumer Electronics Show (CES) in Las Vegas. “This 49-qubit chip pushes beyond our ability to simulate and is a step toward quantum supremacy, a point at which quantum computers far and away surpass the world’s best supercomputers,” said Krzanich. The chief exec went on to say that he expects quantum computing will have a profound impact in areas like material science and pharmaceuticals, among others.

It was only October of last year that Intel revealed its 17-qubit chip, the first public announcement of actual quantum computing hardware by the chipmaker. The processor design was developed in conjunction with its Dutch partners, QuTech and Delft University of Technology.

At the time, Intel claimed its expertise in fabrication, control electronics, and architecture would give them a competitive edge with this nascent technology. Apparently, that wasn’t just boasting. In the span of three months, the company has managed to scale their technology to the level competitors like Google and IBM have been working toward for years.

In November 2017, IBM did announce it had constructed a 50-qubit prototype in the lab, while Google’s prediction of delivering a 49-qubit processor before the end of last year apparently did not pan out. As we’ve noted before, the mere presence of lots of qubits says little about the quality of the device. Attributes like coherence times and fault tolerance are at least as critical as size when it comes to quantum fiddling.

Details like that have not been made public for Tangle Lake, which Intel has characterized a “test chip.” Nevertheless, Intel’s ability to advance its technology so quickly seems to indicate the company will be able to compete with quantum computers being developed by Google, IBM, and a handful of quantum computing startups that have entered the space. At this point, it looks like all the players are well on their way to achieving commercial quantum computing within the next several years, if not sooner.

“In the quest to deliver a commercially viable quantum computing system, it’s anyone’s game,” said Mike Mayberry, corporate vice president and managing director of Intel Labs. “We expect it will be five to seven years before the industry gets to tackling engineering-scale problems, and it will likely require 1 million or more qubits to achieve commercial relevance.”