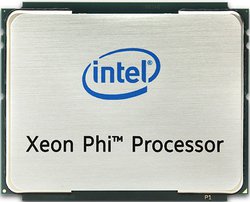 While vendors are busy announcing new HPC offerings at this week’s Supercomputing Conference (SC17), Intel announced it is removing its next-generation “Knights Hill” Xeon Phi product from its roadmap. And that might just be the beginning. 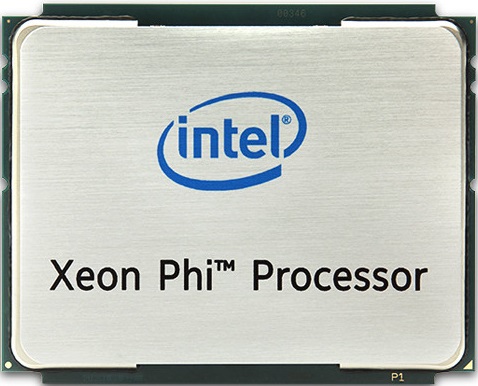 In a blog penned by Intel’s Data Center Group GM Trish Damkroger describing the company’s exascale strategy and other topics they are talking about at the SC17 conference, she offhandedly mentioned that the Knights Hill product is dead. More specifically she said that the chip will be replaced in favor of “a new platform and new microarchitecture specifically designed for exascale.”

Knights Hill, you might remember, was going to be the chip that powered Aurora, a DOE pre-exascale machine that was to be deployed at Argonne National Laboratory in 2018.  But last month it was revealed that the Aurora contract had been rewritten, increasing the original performance target of 180 petaflops to over one exaflop, and moving the deployment date out to 2021. It was widely believed that problems with the development of Knights Hill chip forced the DOE to rework the contract.

With Knights Hill gone, customers who were planning to upgrade from the current Knights Landing processors, or those who were interested in building Xeon Phi systems for the first time, no longer have much of an option. Damkroger wrote that customers looking for nearer-term HPC solutions can turn to Intel’s Scalable System Framework architecture, which encompasses a number of the chipmaker’s other performance-centric offerings, like the Omni-Path fabric, Optane SSDs, and node management software, and Xeon Scalable processors (previously code-named Skylake).

But replacing a Xeon Phi supercomputer with a tricked-out Xeon cluster is not what most customers would have opted for. Compared to even the latest Skylake Xeon CPUs, Knights Landing Xeon Phi processors offers more cores, more floating point performance, significantly better energy efficiency, and access to high-performance 3D memory on the package.

When differentiating the two lines, Intel emphasized the faster single-threaded performance of the Xeon processor and the greater parallelism offered by the Xeon Phi platform. As such, they offer different advantages for applications, depending upon the nature of the underlying software. That’s why some supercomputers that serve a broad user base, like Stampede2 at the Texas Advanced Computing Center (TACC), used a mix of both processors.

When asked by TOP500 News for more specifics about the why they chose to terminate the Knights Hill product, Intel responded as follows: “With market dynamics changing, Intel re-targeted investment in this program to focus on achieving exascale class computing as soon as feasible to respond to customer needs. To support this new direction, Intel is focusing resources towards a new platform designed for the global deployment of exascale computing and the convergence of HPC, big data, and AI. This new platform will also be timed for the accelerated DOE timetable of 2021 system availability.”

And when asked to clarify what the future HPC processors would look like, the company would only say they that would be based on the “Intel Architecture” in order to support legacy codes. They declined to state whether or not these processors would incorporate Nervana’s deep learning logic or any similar technology, although the aforementioned reference to big data and AI suggests that the platform will include something along these lines.

Notice that none of these statements reflect a commitment to future Xeon Phi processors.  And there are rumors swirling around here at SC17 that the whole product line has been ditched*. If that turns out to be the case, the most likely replacement will be based on some future version of the Xeon architecture that duplicates much of Xeon Phi’s HPC features. (Note that the Skylake Xeons already offer a AVX-512 capability and an integrated Omni-Path interface, which previously could only be found on the Xeon Phi.) Or, given the interest in AI, Intel’s future HPC processor could be based on Knights Crest, a Xeon-Nervana hybrid chip scheduled to be ready around 2020.

In the meantime, the HPC processor wars are heating up. With AMD making an HPC play with its new EPYC CPU, IBM getting set to release Power9 into the wild, and Cavium ThunderX2 ARM processors finding an HPC outlet in Cray, Atos, and HPE servers, Intel could be in for some serious competition. If one or more of these alternatives can shake loose Intel’s dominance in the HPC datacenter, the supercomputer landscape is going to get a lot more interesting.

[Update: Intel denies they are dropping the Xeon Phi line, saying only that it has "been revised based on recent customer and overall market needs."]