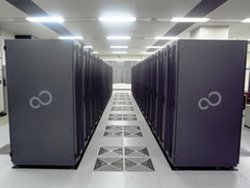 The National Institute of Advanced Industrial Science and Technology (AIST) in Tokyo has selected Fujitsu to construct the AI Bridging Cloud Infrastructure (ABCI). The system will deliver 37 double precision petaflops and will be the fastest supercomputer in Japan when it begins operations in 2018. 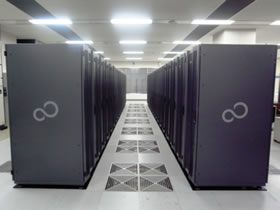 As we reported last year when it was first announced, the main purpose of the machine will be to advance development of artificial intelligence (AI) applications for commercial and government users. It will be set up as a cloud platform in order to be accessible to a wide range of developers. Fujitsu’s press release summarized its usage profile as follows:

“As a cloud platform for AI applications offering the world's top class machine learning processing capability, high performance computational capability, and energy efficiency, ABCI is expected to create new applications in a variety of fields. Furthermore, the system is foreseen to promote the utilization of cutting-edge AI technology by industry, including transfer of the latest cloud platform technology to the public through an open design.”

The system will be comprised of 1,088 PRIMERGY CX2570 M4 servers, with each one sporting two Intel Xeon Gold CPUs and four NVIDIA Tesla V100 GPUs. To speed local I/O, the servers will be outfitted Intel’s SSD DC P4600 NVME cards, which uses the chipmaker’s latest 3D NAND technology. Two of these servers will be mounted in a CX400 chassis to optimize density, power and cooling.

When completed, the 37-petaflop system will be the most powerful supercomputer in Japan for HPC, and would rank third on the current TOP500 list.  Of course, by the time it’s built, those rankings could change somewhat, but it is almost assured of a top 10 slot if it’s deployed in 2018.

For machine learning purposes, the system will deliver 550 petaflops of mixed precision (16/32-bit) matrix arithmetic. That’s thanks to the V100 GPUs, which contain Tensor Cores optimized for this sort of math. If the ABCI system is deployed before the DOE’s Summit supercomputer (which is currently slated to go into operation in early 2019), it will likely be the most powerful system in the world for machine learning. When completed, Summit will deliver something on the order of 3.3 machine learning exaflops.

Besides constructing the system, Fujitsu will support the operation of ABCI, and will provide manpower to AIST, presumably to help them develop system software and AI application optimizations for the machine. The company says it will also apply the experience gained from this work to advance their AI business initiative, known as the Human Centric AI Zinrai, as well as advance the company’s HPC technology.

The value of the ABCI contract was not revealed.