In its third run to knock the IBM supercomputer nicknamed “Roadrunner” off the top perch on the TOP500 list of supercomputers, the Cray XT5 supercomputer known as Jaguar finally claimed the top spot on the 34th edition of the list in November 2009. Jaguar was located at the Department of Energy’s Oak Ridge Leadership Computing Facility. Jaguar posted a Linpack performance of 1.759 petaflop/s and became only the second computer to break the petaflops barrier.

The Jaguar system went through a series of upgrades since installation as a 25-teraflop Cray XT3 in 2005. By early 2008, Jaguar was a 263-teraflop Cray XT4. In 2008, Jaguar was expanded with the addition of a 1.4-petaflop Cray XT5. By 2009, the resulting system had over 200,000 processing cores connected internally with Cray's Seastar2+ network. The XT4 and XT5 parts of Jaguar were combined into a single system using an InfiniBand network.

In June 2010, Jaguar maintained its position as the No. 1 system with its 1.759 petaflop/s Linpack performance, even though another system had a higher theoretical peak performance. 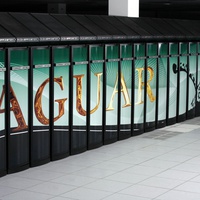 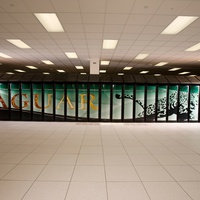 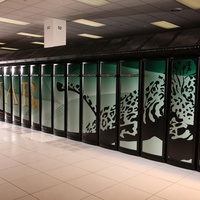