US House Passes Bill to Invest More Than $1.2 Billion in Quantum Information Science 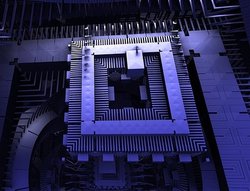 A bill that aims to keep the United States at the forefront of quantum information technology has been passed by the House of Representatives and is now headed to the Senate. 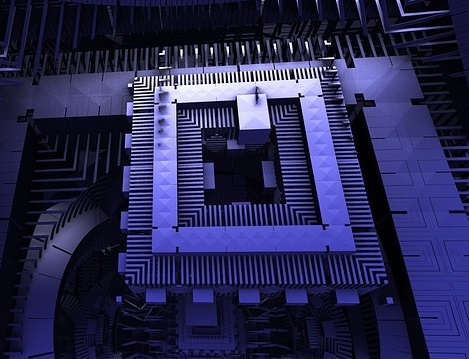 Known as the National Quantum Initiative Act, the bill defines a 10-year national strategy to advance quantum computing and communication technology through activities at the National Institute of Standards and Technology (NIST), the National Science Foundation (NSF), and the Department of Energy (DOE). The 10-year initiative is split into two five-year plans, the first of which will run from fiscal year 2019 to 2023.

The main thrust of the bill is to support R&D and workforce development, as well as demonstrate the applications of the technology. Its overarching goal is to maintain the US leadership in this area, something other countries are now challenging. Last year, the European Union has backed a €1 billion ($1.2 billion) program called the Quantum Technology Flagship that will fund research and development in the quantum field. Likewise, other countries, including Japan, the UK, Australia, Canada, and Russia are all funneling federal money into quantum technology research

China, however, is the bigger threat, both technologically and politically. The country has reportedly allocated 76 billion yuan ($11 billion) to build and fund the National Laboratory for Quantum Information Science, which will likely be the world’s largest quantum information research facility when it’s built. The work there will focus on the development of quantum computing and quantum metrology. China has also demonstrated quantum communication technology in which scientists were able to transmit quantum-encoded information over a satellite system.

Why all the investment? Quantum computing and communications are broadly acknowledged as revolutionary technologies that will open up new applications and, to some extent, overshadow digital technology currently driving everything from logistics and scientific research to encryption and machine learning. Given the primacy of these applications to industry, not to mention to national security, quantum technology has the potential to shift the global balance of power – both economically and militarily.

And when you’re at the top of that global structure, like the US is, that’s something you don’t want. As a result, the House bill got broad bipartisan support, something likely to happen in the Senate as well. At a time when the term bipartisan Congress is an oxymoron, this is indeed a rare occurrence.

The proposed funding, which will total $1.275 billion over the first five years, will be divided between NIST, the NSF, and the DOE’s Office of Science. The DOE is slated to spend $625 million of that – nearly half of the total. Using that money, the agency is tasked with setting up and operating five National Quantum Information Science Research Centers that could bring together national labs, universities, other research institutions, and even private sector organizations.

The NSF would invest $250 million for the first five years, which will go toward university education and training, establishing goals for quantum science and engineering, and bringing together existing NSF-funded R&D efforts already underway. Lastly, NIST will devote $400 million to the effort, which will be used develop measurements and standards of commercial development of the technology, as well as establish collaborative ventures with public and private sector organizations to expand participation in the quantum information fields.

Here’s the catch: no additional funding has been proposed for any of these efforts. All the money will be drawn from the overall appropriations for the three agencies. Of course, Congress could (and probably should) appropriate additional money in recognition for these expanded efforts, but there’s no guarantee of that.

That’s not going to matter much to companies like Google, IBM, Intel, Microsoft, and other companies developing quantum information technology, who stand to receive federal contracts generated by this work, or at very least benefit from the R&D and standards that will emerge from the initiative.

The effort will be run out the National Quantum Coordination Office, which the President will establish once the bill becomes law.