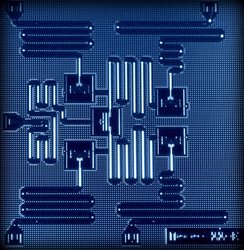 Researchers from the University of the Basque Country claim they have successfully mimicked Darwinian evolution using a quantum computer. 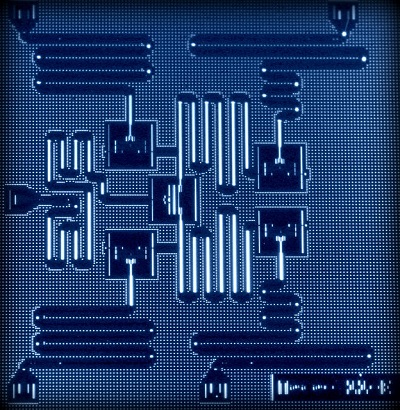 The algorithm, which was run on IBM’s five-qubit QX4 quantum computer, used two qubits for the genetic information: one for the genotype and the other for the phenotype. (The genotype represents an organism’s entire genetic code, while the phenotype represents its active expression as a result of the organism’s environment.). The artificial organisms were programmed to mimic the laws of natural selection by simulating reproduction, mutations, and death. The result was what appeared to be an accurate representation of evolution, all driven by quantum behavior, including the quantum phenomenon of entanglement.

According to the researchers, the quantum computations matched the theoretical models they had developed in 2015, before actual quantum computers were generally available. At its core, the model is able to transmit genetic information from one generation to the next, including random mutations. While much of this can be simulated on classical computers, the phenomenon of quantum entanglement cannot. And it is this aspect of quantum mechanics that makes it possible to link successive generations of organism together and creating the possibility of studying “collective dynamics of individuals.”

Just to be clear, the researchers are not claiming that the process of evolution is an emergent phenomenon of quantum mechanics, which is usually thought to operate at a scale different from the macroscopic world of everyday experience. However, they do consider the possibility, writing that they “leave open the question whether the origin of life is genuinely quantum mechanical.” At the very least, the researchers claim they have proven that quantum systems can successfully express biological processes associated with natural selection.

“There may not always be a neat analogy between the physical models underlying our protocols and those used to describe real biological systems, but our proposed effective dynamics only partially aims at emulating core aspects of the mimicked process,” the researchers write. “From a wide perspective in the history of arts and science, close imitation is a natural first layer and wish in the aesthetic process. In this sense, plain simulation is a valid and fruitful engineering playground, where analogies abound and serve as communicating vessels between unconnected fields. Our central goal in quantum simulations and quantum computing is to go beyond it, through a higher creativity challenge, in the search of a second layer of a major art.”

Regardless, the researchers are hoping to advance their work with more powerful quantum computers, in particular, ones that exhibit quantum supremacy. IBM, Google, and others are diligently working on such systems, and are planning to have them available to cloud users within a few years.

With such systems, they speculate much more complex models could be developed, including the possibility of creating autonomous evolutionary systems encompassing large numbers of individuals, even to the point of creating intelligent, replicating quantum agents. Which could give a whole new meaning to the term “intelligent design.”

The complete study is available here.