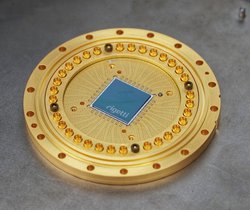 Rigetti Computing is planning to deploy a 128-qubit quantum computing system, challenging Google, IBM, and Intel for leadership in this emerging technology. 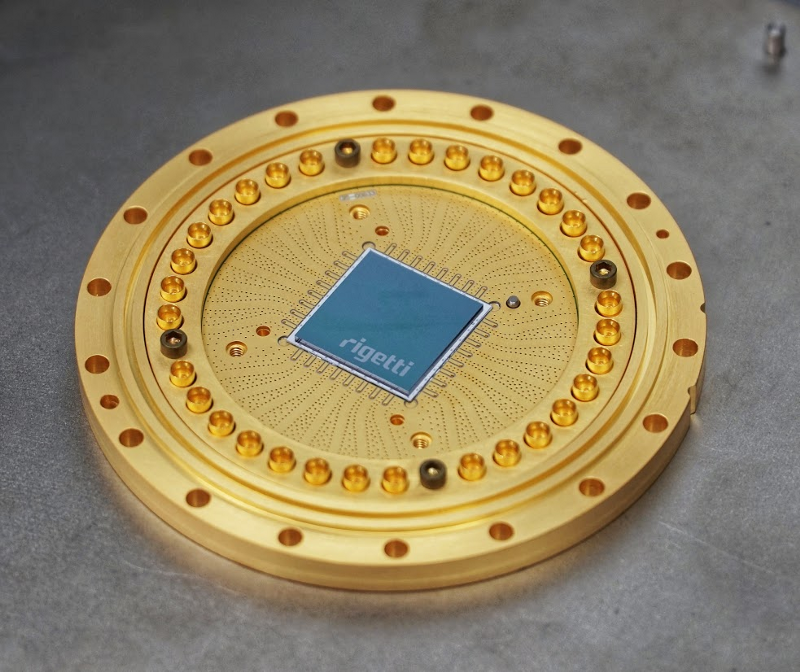 The plans were announced in a Medium article posted by company founder and CEO Chad Rigetti, who quantum computing physicist who used to work at IBM. According to Rigetti, his company is in a “unique position” to advance this technology. He writes:

“Our 128-qubit chip is developed on a new form factor that lends itself to rapid scaling. Because our in-house design, fab, software, and applications teams work closely together, we’re able to iterate and deploy new systems quickly. Our custom control electronics are designed specifically for hybrid quantum-classical computers, and we have begun integrating a 3D signaling architecture that will allow for truly scalable quantum chips. Over the next year, we’ll put these pieces together to bring more power to researchers and developers.”

The quantum circuitry makes use of superconducting caps to for connectivity, while maintaining a vacuum to provide electromagnetic isolation between elements. The idea behind the caps is to lengthen coherence time and limit the effects of cross-talk and environmental noise. To scale this to a 128-qubit computer, the company has come up with a 16-qubit form factor comprised of two interconnected 8-qubit rings. At this point the company is saying much more than that.

Rigetti has been the most visible of the startups targeting the quantum computing space, a field which has been dominated by some of the biggest and most established IT players, in particular, Google, Intel, IBM, Microsoft, and Atos. Going strictly by the number of qubits – which, truthfully, is only one of several factors affecting quantum computing capability – Google appears to be furthest along, having recently announced a 72-qubit test chip. For its part, IBM has prototyped a 50-qubit quantum processor, which could be available to researchers and commercial clients via the company’s Q cloud before the end of the year. Meanwhile, Intel and its research partner, QuTech, have built a 49-qubit test chip.

Rigetti has been the dark horse in this race. Over the past year though, they’ve been a lot more active, having developed 8-qubit and 19-qubit versions of their technology, which the company has made available to users over the cloud in IBM Q-like fashion. Rigetti has also provided a quantum computing development environment, known as Forest, to help developers build applications. The software includes a Quantum Virtual Machine that can simulate a quantum processor with up to 30 qubits. To date, Forest developers have run more than 65 million experiments on the platform, which counts researchers from Oak Ridge, Argonne, and Los Alamos national labs as among its user base.

In conjunction with the development of the 128-qubit hardware, the company will also be looking for ways to enhance the application software side. The areas they will initially focus on are quantum simulation, optimization, and machine learning.

While this work is going on, Rigetti, the man, is trying keep the big picture in mind. “Quantum advantage comes from creating a solution that is faster, cheaper, or better quality,” he writes. “It’s an open question as to which industry will achieve the first commercially useful applications. But even a small performance improvement over classical machines can add tremendous value for researchers and businesses around the world ...”