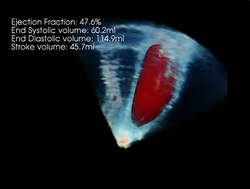 One of the more practical applications unveiled this week at the GPU Technology Conference was Project Clara, a “medical imaging supercomputer” that marries the graphics power of NVIDIA’s chips with it deep learning capabilities.

Basically, Project Clara is a set of AI codes that can transform noisy medical imagery into high-resolutions cinematic renderings. It can ingest any kind of standard medical images: X-rays, ultrasound scans, CTs, MRIs, PETs, and mammography.  And while it’s rendering, it can extract useful quantitative information from those images.  The software, developed by some of NVIDIA’s academic partners, includes AUTOMAP, V-Net, and a cinematic rendering code.

An example of the Project Clara technology in action was demonstrated at GTC in Tuesday’s opening keynote by NVIDIA CEO Jensen Huang, where a 2D ultrasound of a beating heart was converted to 3D cinematic rendering, complete with annotations of injection fraction, systolic and diastolic volume and stroke volume. Supposedly the whole thing can run on a few V100 GPUs – the equivalent of about half a petaflop’s worth of deep learning performance. 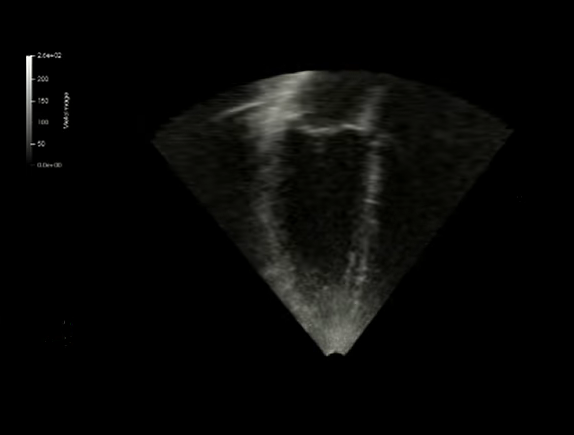 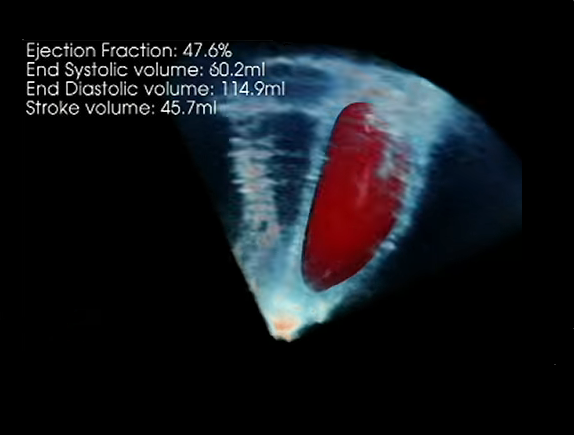 What NVIDIA brings to the table is being able to host this software in a virtualized environment, that is, in a GPU-powered cloud. While the company would be happy for hospitals and clinics to outfit all their medical imaging equipment with its Tesla GPUs so they could run this software locally, that’s just not practical.  There are approximately three million medical imaging instruments installed around the world and the turnover rate for these instruments is a couple hundred thousand per year.  Based on those figures, it would take about 15 years until all of them were computationally capable of doing the necessary rendering and analysis.

Instead, the neural net-powered Project Clara software is hosted on GPU-equipped servers in cloud datacenters, using Kubernetes container orchestration to run these applications on demand. And since it only takes the equivalent of a few V100s for any one user, a well-stocked GPU cloud will presumably be able to handle thousands of users simultaneously. Plus, given the rapid evolution of AI processors, it makes sense to decouple these millions of medical instruments from their supporting computational hardware.

Using Project Clara, said Huang, “it’s possible now for us to virtually update every system that’s out there.”