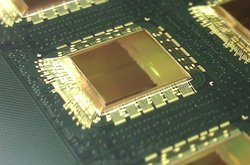 A massively parallel neuromorphic computer, known as SpiNNaker, has been used to perform a brain simulation on par with the best results obtained on a conventional supercomputer.

The study was conducted by Dr. Sacha van Albada, who leads the Theoretical Neuroanatomy group of the Jülich Research Centre, along with other researchers at the University of Manchester, the RIKEN Brain Institute, and Aachen University. 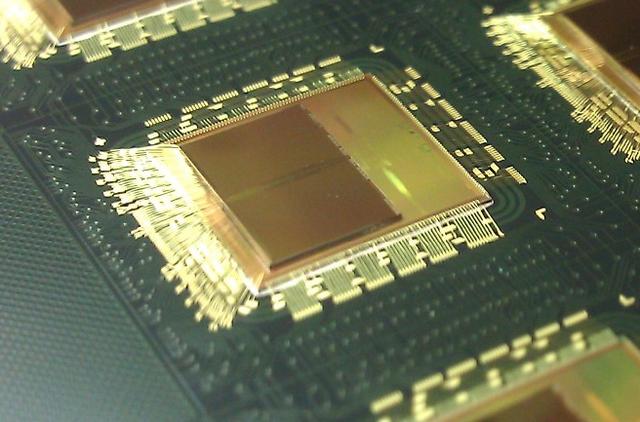 In a paper published at Frontiers in Neuroscience, the researchers claim they have achieved “the first full-scale simulations of a cortical microcircuit with biological time scales on SpiNNaker. “The model they constructed was comprised of about 80 thousand neurons and 300 million synapses, which made it the largest such simulation to be performed on this platform.

SpiNNaker was developed by the Advanced Processor Technologies group to provide a high performance computing platform for simulating large-scale neural networks in real time. The original system was delivered in 2009. In its current form, SpiNNaker extends across 600 boards, each equipped with either one, four, or 48 Arm 968. The chip is comprised of 18 cores linked up by a packet-switched asynchronous communications network. A 128MB SDRAM die is mounted on top of the processor.

"SpiNNaker can support detailed biological models of the cortex--the outer layer of the brain that receives and processes information from the senses--delivering results very similar to those from an equivalent supercomputer software simulation," said Dr. Sacha van Albada, lead author of the study. "The ability to run large-scale detailed neural networks quickly and at low power consumption will advance robotics research and facilitate studies on learning and brain disorders."

The new high-water mark achieved in this study was made possible by enhancements to the system software that enabled a neural network simulation to be spread across multiple boards. In this case, the researchers used six of SpiNNaker’s 48-chip boards, utilizing a total of 217 of the Arm 968 SoCs and 1,934 cores. That’s less than one percent of the system’s total computational capacity.

For the sake of comparison, the NEST simulation software for spiking neural networks was run a 32-node HPC cluster, powered by Intel Xeon E5-2680v3 processors (12 cores running at 2.5GHz). Each node contained two of these processors, along with 128 GB of RAM, and 240 GB of local SSD storage. The system interconnect is QDR InfiniBand.

The study demonstrated that the SpiNNaker simulations and those using NEST on the HPC cluster achieved similar accuracies – that despite that fact that SpiNNaker is confined to fixed-point arithmetic. And while NEST ran faster than the simulation executed on SpiNNaker, the energy consumption per synaptic event was comparable between the two platforms.

"The simulations run on NEST and SpiNNaker showed very similar results," said Steve Furber, co-author of the study and Professor of Computer Engineering at the University of Mancheste. "This is the first time such a detailed simulation of the cortex has been run on SpiNNaker, or on any neuromorphic platform.”

Furber went on to say that the study’s findings will be used to improve the software so that the equivalent simulation could be run on a single board. A single-board implementation is significant since this is the configuration most likely to be used for robotic control. In fact, neuroroboticists at the European Human Brain Project are working with the SpiNNaker project in anticipation of using it for stand-alone robots.

The goal for these robotics applications is to devise a platform that can simulate the brain in real time using a fraction of the power of today’s supercomputers – ideally something on the order of an actual brain at 20 to 30 watts. As demonstrated by this study, the development of neuromorphic systems like SpiNNaker may turn out to be the most practical path to achieve that goal.