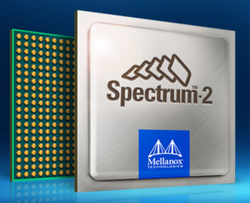 Mellanox has entered new territory with its recently announced Spectrum-2 line of Ethernet switches, which supports speeds of 200 gigabits per second and beyond. 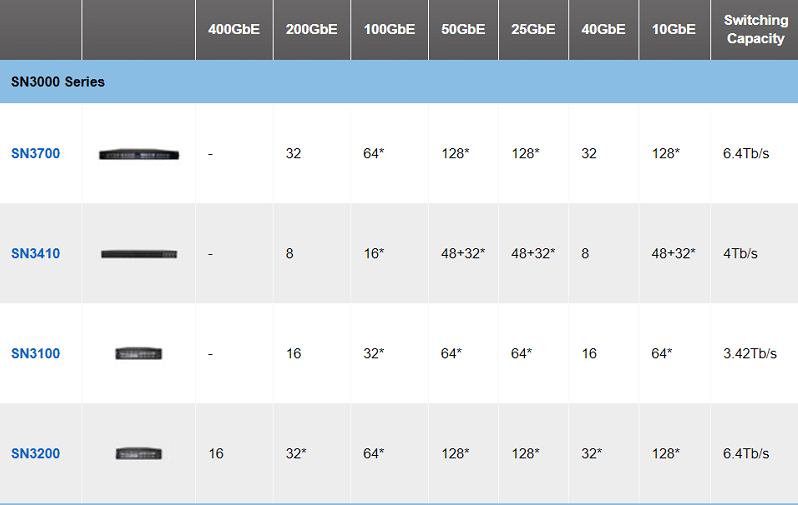 The SN3700 is mainly for cloud and hyperscale environments, while the SN3700 is being targeted to hyper-converged solutions. The SN3100 and SN3200 are aimed at storage solutions, especially the speedier flash-based storage. The SN3200 is the only switch of the bunch outfitted with 400GbE network ports.

Latency is on the order of 300 ns, port-to-port, which Mellanox says is 1.5 to 7 times better than its competitors. With power consumption below 220 watts, the company is also claiming 1.3x to 1.6x better energy efficiency. Likewise, its ability to deliver up to 9.52 billion packets per second (with zero packet loss) is said to be 1.6 to 8 times better than its rivals.

Thanks to some of the IP that was brought over from its InfiniBand line, Spectrum-2 also offers advanced features like advanced congestion control, adaptive routing, and fine-grain load balancing. The switches also contain the smarts for dynamic allocation of buffer resources and highest bursts absorption.

As one of the first vendors to make the jump beyond 100GbE, Mellanox should be able stake out the high end of the market for cloud, hyperscale, and enterprise customers needing every-increasing amounts of network capacity and scalability. The company is also targeting the financial and artificial intelligence domains as areas that could take advantage of Spectrum-2’s greater capabilities.

Although Mellanox is not specifically going after the traditional HPC market with the Spectrum-2 switches, there are certainly application areas where this gear would be applicable. In particular, much of the financial services space that uses HPC clusters remains Ethernet based. For many of these applications, such are high frequency and algorithmic trading, the extra performance could provide a competitive edge.

In general though, Mellanox expects the majority of HPC buyers to opt for their InfiniBand gear, which, at least with the HDR Quantum switches, offer the same 200 gigabits per second of network bandwidth. And these InfiniBand switches offer even lower port-to-port latency (90 ns) and higher throughput (15.8 billion messages per second) than their Ethernet counterparts.

If the testimonials collected in the Mellanox press release are any indication, the new switches should have a bring future.  Execs from Baidu, LinkedIn, HPE, IBM, Inspur, Sugon, and a number of other potential customers, all offered kind words for the Spectrum 2, praising its performance, scalability, advanced feature set.

For developers wanting to get a jump on the transition to 200GbE, the Spectrum-2 software development kit is available now for partners and customers desiring early access. The Spectrum-2 switch ASIC is expected to be available later this year.