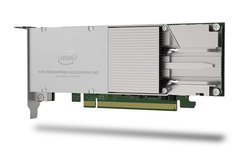 Intel has announced its first full-fledged FPGA card for accelerating datacenter workloads. Known as the Intel Programmable Acceleration Card, or PAC for short, the device is powered by the Arria 10 GX FPGA. 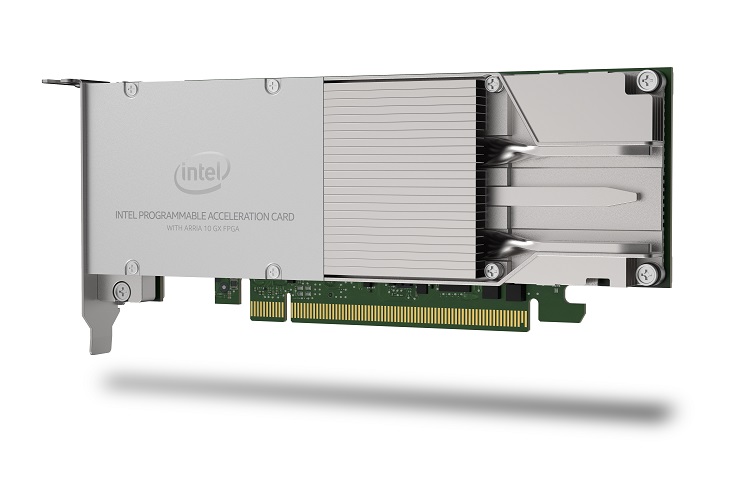 PAC uses PCIe Gen3 to hook into the server and comes with 8 GB of DDR4 memory, along with 128 MB of flash. As a half-length, half-height card it can fit unobtrusively into most standard servers and consumes just 60 watts of power.

To accompany the hardware, Intel is providing a supporting software stack to help developers ease the hardships of programming, managing, and running these reconfigurable chips. Included in this stack are an assortment of APIs, software libraries, drivers, and development tools that offer a high-level way to access and manage the underlying accelerator. Much of this is encapsulated by Intel’s Open Programmable Acceleration Engine (OPAE) Technology, which is a programming interface and toolset for Altera silicon. OPAE also includes useful things like simulators, support for virtualization, code samples, and command-line utilities.

Support for OpenCL is also included in the stack, as is something known as Quartus Prime, a suite of software tools for designing and compiling reconfigurable logic. The idea is to provide a higher productivity developer environment than something like VHDL or other low-level FPGA languages. It’s only targeted for Intel’s Altera FPGAs, and support for the advanced features (the Pro edition) is currently limited to the Arria 10.

Besides offering a higher-level toolset for developers, OPAE also abstracts away some of hardware specifics of the FPGA. That should eventually enable reuse of application code on other FPGAs, like the Stratix 10, or even future reconfigurable chips.  It should also make it possible to move applications more easily to SoCs that integrates an FPGA on a Xeon die, a design Intel is actively working on.

The initial PAC offering is aimed at a range of data-intensive applications, including deep learning inference, database acceleration, video transcoding, and financial analytics, as well as HPC applications in genomics and oil & gas. That application set is sure to expand as Intel moves its FGPA roadmap forward.

At this point, Intel has only revealed Dell EMC as an OEM for the new product, but it’s likely that others will follow suit.  As mentioned previously, the card’s low-profile form factor means it is suitable for use in a range of servers. Its built-in passive heat sink makes any additional cooling a fairly straightforward proposition.

The initial PAC product is sampling now and is expected to be generally available in the first half of 2018.