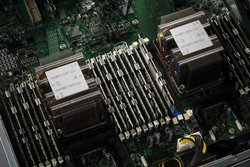 Intel has unveiled its much-anticipated non-volatile memory (NVM) modules based on its 3D XPoint technology.

The product line, which goes by the name Optane DC persistent memory, is currently sampling and will be shipped to select customers later this year, with general availability slated for 2019. 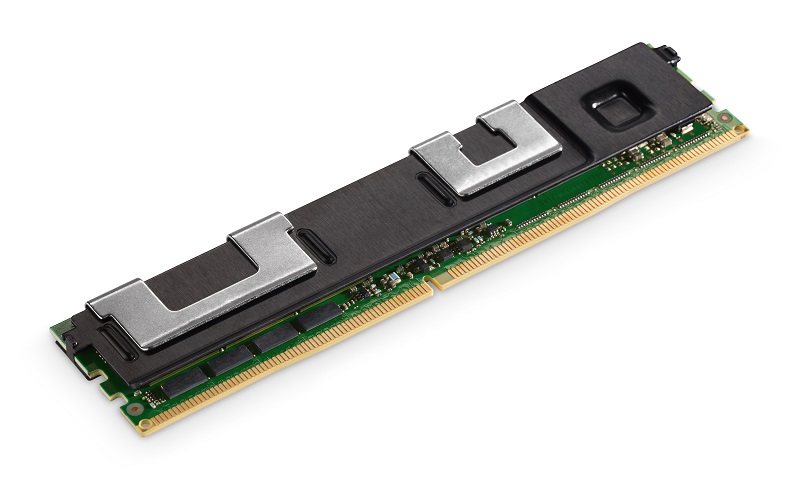 Not to be confused with the Optane DC SSDs, the Optane DC persistent memory is Intel’s first product that incorporates 3D XPoint technology into a dual in-line memory module (DIMM). As such, it’s designed to inhabit a new tier between conventional DRAM and external storage. In the press announcement, Intel VP Lisa Spelman spells out the value proposition thusly:

“Unlike traditional DRAM, Intel Optane DC persistent memory will offer the unprecedented combination of high-capacity, affordability and persistence. By expanding affordable system memory capacities (greater than 3 terabytes per CPU socket), end customers can use systems enabled with this new class of memory to better optimize their workloads by moving and maintaining larger amounts of data closer to the processor and minimizing the higher latency of fetching data from system storage.”

Intel envisions a broad market for such such a product. The most obvious application category is in-memory databases, like SAP HANA, in which performance tends to be constrained by how much of the working dataset can placed in memory at a given time. And given that terascale-sized datasets are becoming more common, it’s difficult to avoid a storage bottleneck for these workloads. Other application targets include, data analytics, cloud services, virtualization, communication services, and high performance computing – essentially any software that either runs into the I/O wall or just needs more memory capacity.

Speaking of which, the initial products will be offered in sizes of 128GB, 256GB and 512GB per module.  Since the Xeon Scalable processors support up to 12 DIMMs per socket, theoretically you could outfit a dual-socket system with as much as 12TB of non-volatile memory, although Spelman’s reference to “greater than 3 TB per CPU socket” suggest other limitations might come into play. In any case, it seems highly unlikely that anyone would want to populate all the DIMM slots with Optane memory, given that some amount of DRAM would be desirable in order to take advantage of its greater speed relative to the NVM.

By the way, Intel has not said if the Optane DIMMs will even work with the current Xeon Scalable processors. Although the modules are pin-compatible with DDR4 DIMMs, there may be other hardware compatibility issues to contend with. When the company first demonstrated the technology a year ago, it indicated the first Optane memory products would ship in conjunction with the next-generation "Cascade Lake" Xeon processors. And given the 2019 date for general availability of the Optane DIMMs, it does seem like those two products are syncing up.

Even though DDR4 compatibility will insure a certain amount of application transparency, taking advantage of this new memory modules will require some additional programming effort.  To help that along, Intel is providing a set of libraries, known as Persistent Memory Development Kit (PMDK), to deal with things like supporting memory-mapped files, managing persistent memory allocations, and dealing with power-failsafe transactions. The libraries will also provide application support in areas such as in-memory databases. PMDK is open source and available for both Linux and Windows.

For prospective Optane DIMM customers curious to see what’s involved in persistent memory programming, Intel has published a video series on the topic.