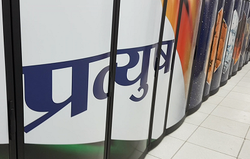 India is planning to add three more supercomputers before the end of the year as part of Rs 4,500-crore expansion of the country’s HPC infrastructure. 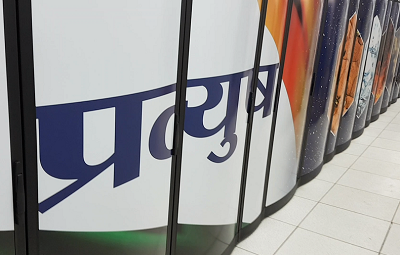 The new supercomputers are a part of a seven-year project implemented by the National Supercomputing Mission (NSM) to upgrade HPC facilities around the country.  Earlier this year, two Cray XC40 system were deployed at major weather centers: Pratyush, a 4-petaflop machine at the Institute of Tropical Meteorology, and Mihir, a 2.8-petaflop machine at the National Centre for Medium Range Weather Forecasting. Currently, these are the two most powerful supercomputers in the country and represent the first instances of systems ranked in the upper fifth of the TOP500 list. An older 1.2-petaflop XC40 supercomputer is installed at the Supercomputer Education and Research Centre (SERC) of the Indian Institute of Science.

According to the Times report, the Rs 4,500-crore project aims to install 73 new supercomputers at academic and research facilities across the country, with the intent is to upgrade HPC capacity for things like weather forecasting, disaster management, drug discovery, and basic scientific research. The initial plan also involves developing a domestic HPC manufacturing capability, with the eventual goal of making 50 percent of the server components in the country.

The NSM is being managed by the Department of Science and Technology (DST) and the Department of Electronics and Information Technology (DeitY), with the Centre for Development of Advanced Computing (C-DAC) and Indian Institute of Science (IISc) in Bengaluru acting as technical leads. C-DAC is currently for evaluating the vendor bids for the new systems, and according to the Times writeup, Acer, Fujitsu, IBM, HCL, TCS, Dell and Netweb are all in the running.

Over its first three years, the project has run into a number of roadblocks, including not having a dedicated person to head up the effort. In addition, only a portion of the Rs 4,500-crore earmarked for the work has been allocated, delaying the procurement and roll-out on new systems.

The Times piece quotes S Sadagopan, director at IIIT-Bengaluru, who noted that C-DAC’s mission has expanded, further impacting the project. “C-DAC was set up with a mission to focus on supercomputing, but over the years it has been asked to do too many other things, which has impacted its performance,” he said. “Most of the brainpower comes from the IITs, IIITs and NITs, but here C-DAC has to compete with research grants from private companies like Google which are more attractive to the scientists. This again, has an impact on the kind of talent available for the NSM.”