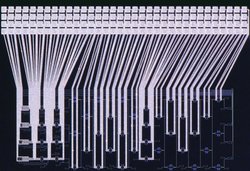 Hewlett Packard Labs has developed an optical processor that could tackle a class of computational problems not easily solved by conventional digital chips. The processor, which was developed in conjunction with the US Defense Advanced Research Projects Agency’s Mesodynamic Architectures program, houses 1,052 optical components laid down on a silicon-based substrate. 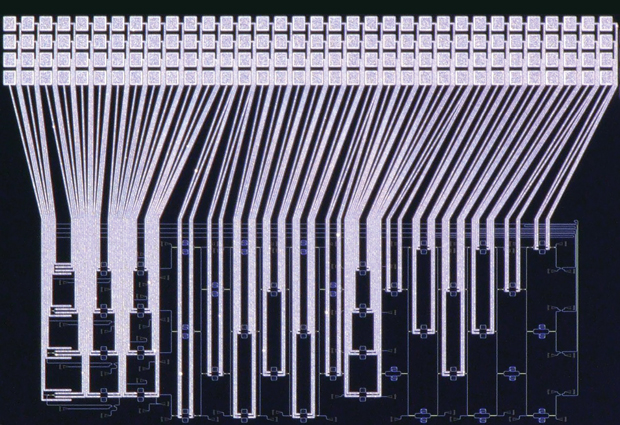 According to a report in IEEE Spectrum, the chip design implements an Ising machine, which can take on the computational behavior of magnetic material. In a real magnet, atoms can “spin” up or down to represent different states. In the optical approach, magnetic spin is simulated using a combination of light beams, wave guides, interferometers, and heater wires – all integrated on-chip. The spins in HPE’s optical implementation are represented by “two phases of light that are 180 degrees out of phase of each other.”

An Ising machine is good at solving combinatorial optimization problems, like the traveling salesman problem, which can be computed by tuning the optical elements until an optimal low-energy configuration is reached. Such computation is highly efficient in terms of both speed and power usage. With the winding down of Moore’s Law for conventional digital designs, such Ising machines promise a new avenue for building more powerful computers. The HP Labs team is already looking at future designs to scale up the number of spins.

For the past two years, Sanford University has been working on its own implementation of an Ising machine, using a combination of electronic and optical components. The latest implementation can “solve 100-variable problems with any arbitrary set of connections between variables.” Researchers report it has been tested on thousands of scenarios. In collaboration with the Stanford team, Nippon Telegraph and Telephone in Japan has created its own implementation of the design.

Neither the HP Labs nor the Stanford machine is ready for commercialization and no one involved has offered a timeframe on when that may occur.