The Genomic Analysis Centre (TGAC) has deployed what SGI says are the two largest UV 300 supercomputers in the world used for life sciences applications. The systems will be used to analyze genomic data, and in particular wheat genomes, for the bioscience research community. 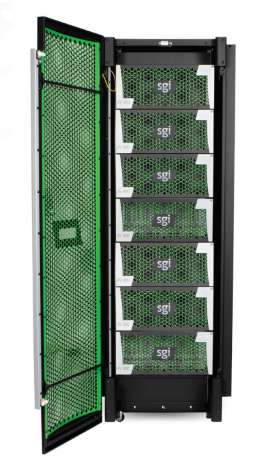 TGAC is not new to SGI UV systems. In fact, over the years, the center has acquired a stable of such machines.  It already has two 768-core SGI UV 100 systems, each with 6 TB of memory, along with a 2816-core UV 2000 system with 22 TB of memory. The latter is the largest system of its kind in the UK. The most recent pair of UV 300’s offers newer and faster processors and memory, as well as a large flash memory component, in the form of PCIe-connected SSDs, to accelerate I/O.

According to the press release:

The shared memory/SMP design of the UV is well-suited to genomics applications, especially sequencing. An organism’s genome can consist of billions of base pairs, which can fill hundreds of gigabytes, or even a few terabytes of memory. Being able to access and process the whole genome as contiguous data in a single node is much faster and more convenient than slicing the data up and distributing it across nodes in a cluster.

In this case, TGAC plans to use the new systems to analyze wheat genotypes and phenotypes. As it turns out, wheat has a very large genome, on the order of 15 to 17 million bases (a human genome is only around 3 billion bases). So the assembly of this genome will require something like 3 TB or more of memory, depending upon the algorithm employed.

The UV 300 machines will also be to develop new analysis techniques that can take advantage of the more favorable memory-to-core ratio and the faster I/O delivered by the PCIe SSDs.

To read the entire announcement from SGI, click here.