Tri Alpha Energy (TAE) is on a mission is to build the world’s first commercially viable fusion reactor. But to do that, the Orange County-based startup thinks it will need exascale supercomputers. 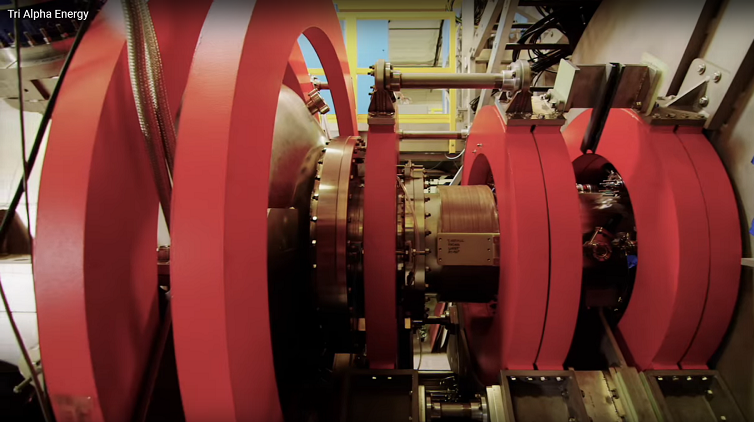 In a nutshell, TAE is pursuing a fusion reactor design that produces no harmful byproducts, an approach the company has dubbed “Friendly Fusion.” Instead of the traditional donut-shaped tokamak reactors, fueled by a mix of deuterium and tritium, TAE opted for a cylindrical design, using a hydrogen-boron fuel mix, powered by something known as field-reversed configuration (FRC). According to TAE, FRC is a well-understood plasma physics technology, and should enable the construction of much smaller fusion reactors.

Importantly, the TAE fusion reaction produces harmless alpha particles, instead of neutrons, which can damage the materials in the reactor itself. That's why tokamak reactors need to protect their superconducting magnets with heavy and expensive shielding.

In July, TAE announced that it had achieved “first plasma” on its latest generator. The company plans to use this 5th-generation machine to prove out its concept, and will attempt to bump up the temperatures in the reactor and sustain the plasma for longer periods, while at the same time, increasing performance. Longer-term, the company wants to build a viable prototype reactor sometime in the 2020s that is much more powerful.

That’s where exascale computing comes in. In the ECP article, Tajima says a supercomputer of that power has the potential to accelerate their research and development effort significantly. “We’re very excited by the promise of exascale computing,” he said. “We are currently fund-raising for our next-generation machine, but we can build a simulated reactor using a very powerful computer, and for this we would certainly need exascale. This would help us accurately predict if our idea would work, and if it works as predicted, our investors would be encouraged to support construction of the real thing.”

Currently, TAE is able to run its magnetohydrodynamics computation on its own in-house cluster, but needs the help of DOE supercomputers to model plasma instability. The challenge going forward will be to solve the plasma transport issue, which gets more computationally demanding as temperatures are increased and plasma lifetimes are extended. That requires a simulation that encompasses TAE’s particle and heat transport codes, along with a deep learning neural network to deal with plasma instabilities.

“Doing this will certainly require exascale computing,” said Tajima. “Without it we will take up to 30 years to finish – and our investors cannot wait that long.”