In March, ministers from seven of the largest European countries signed a declaration that established a timeline for fielding two exascale supercomputers in 2022. The agreement also specified that at least one of these systems will be based on European technology, although, as it turns out, not everyone seems to think this is the best way forward. 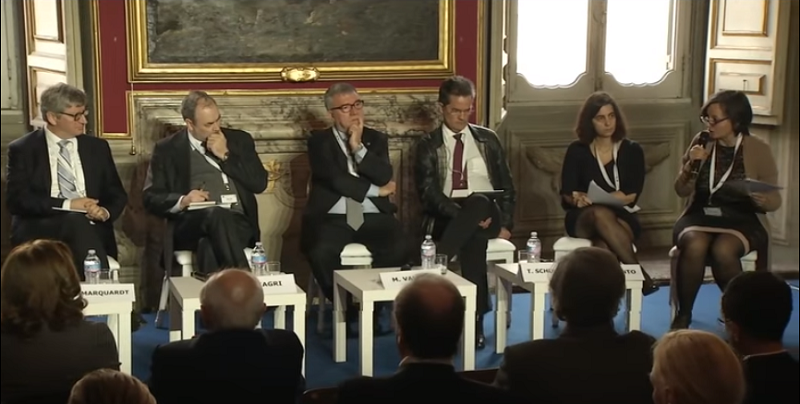 The declaration was presented in conjunction with the Digital Day hosted by the European Commission (EC) in March. Ministers from France, Germany, Italy, Luxembourg, Netherlands, Portugal and Spain signed on to the agreement, which essentially sets up a cooperation framework, known as EuroHPC, for deploying exascale systems that will be available to all EU member states. The overarching goal of EuroHPC is to propel the EU into parity with the other major supercomputing powers, namely the US, China, and Japan.

During the Digital Day event, Francesco Profumo, Chairman of energy giant Iren, former rector of the Politecnico of Torino and ex-Minister for Education, spoke at length about the need for European countries to cooperate with one another if they want to have access to world-class supercomputers. “We can compete with the other big players – the US, China, and Japan – only if we’re together.” declared Profumo.

Europe’s exascale effort comes at a time when EU solidarity is fraying. With the UK exiting the union, and a rising sentiment throughout the region that the EU may have outlived its usefulness, the European Commission is determined to build an indigenous supercomputing capability for the continent. While this upsurge in isolationism is proving worrisome for the EU, it could be argued it is also fueling the desire of the European HPC community to have greater independence from foreign technology.

The declaration signed in March calls for a roadmap to design, build and deploy the two initial exascale machines to be developed by the end of this year. The stated goal is to procure and deploy these systems “preferably” in the 2022 to 2023 timeframe. Two pre-exascale systems are also intended to be constructed and installed between 2019 and 2020.

As we pointed out, when we first reported on the agreement in March, “Europe currently produces about 5 percent of HPC products and services worldwide, but consumes one third of them. That position leaves them vulnerable to market disruptions and political forces that cannot be controlled within the borders of the EU. Further, it restricts the type of technological innovation and diversity that can be accomplished with domestically-produced HPC.”

Domestically-produced HPC, in this context, is mainly about developing one or more microprocessors that are suitable for supercomputers. Europeans, like most other users, rely overwhelming on chips made by US-based companies – Intel, NVIDIA, AMD, and IBM, primarily. And with the notable exception of Atos, Europe has no large OEMs that design and build HPC gear. This restricts the choice, and to some extent, the availability of locally-produced HPC systems.

Not everyone involved, included those in the member states that initially signed onto the agreement, is on board with using the exascale effort to develop European-produced supercomputer parts. A discussion between a number of leading HPC authorities during the Digital Day was posted shortly after the event, which reflected some of the divisions in the European HPC community with regard to this issue.

During the discussion, Mateo Valero, director of Spain’s Barcelona Supercomputing Center, outlined his own reasoning for the importance developing indigenous high performance hardware.  The thrust of his argument had to do with the observation that machine learning/AI technologies as well as traditional HPC will be critical drivers for major European firms in the automobile, aerospace, and healthcare. “If we don’t develop hardware, we will always be in the second division,” he said.

Mateo also worries about the security of imported processors, which could harbor so-called “Trojan horse” code that could steal or corrupt applications running on them. “If we don’t produce our own hardware, we will not have security,” he claimed. Mateo thinks that Europe should develop not just a general-purpose processor, but an accelerator as well.

Thomas Schulthess, director of the Swiss National Supercomputing Center in Switzerland (CSCS), thinks software, not hardware, is the key to European leadership in HPC. He noted that models, applications, and algorithms developed there have provided a unique advantage for researchers and other HPC practitioners. In areas like weather forecasting, for example, European-developed models are considered the best in the world.

“Rather than focusing on building an exascale system, we should focus on the scientific questions that we want to solve, and use the technology to solve that problem,” said Schulthess. “We should use the best technology on the planet that is available to us.”

He thinks Europeans have been particularly adept at developing applications that take advantage of the latest hardware.  In CSCS, he said, they have been able to adapt applications to new technologies, like GPUs, faster than their American, Chinese and Japanese counterparts. Schulthess believes such an approach is the best path to maintain scientific leadership.

Eurotech CEO Roberto Siagri, offered a somewhat different perspective. He observed that Europe is starting from third place, at least with regard to per capita use of high performance computing. Based on the latest supercomputing rankings, he observed that installed capacity in Europe provides its 500 million citizens with around 100 giga-operations per person. The corresponding US figure is more than three times as much, at 370 giga-ops per person. Even Japan, with a smaller economy than that of the EU, provides around 170 giga-ops per capita.

Siagri maintains that while Europe is not in such bad shape right now, the trend line is not encouraging. “The point is what happens in five years from now, in ten years from now,” he said. “That’s the real big problem.”

And like Mateo, he believes that relying on other countries for basic supercomputer componentry puts HPC users in Europe at a disadvantage. Even a delay of six months to a year in obtaining the newest offerings translates into an advantage for those with more direct access to those products and expertise.

The Eurotech CEO also lamented that fact the ARM Ltd, which used to be a UK firm, has been purchased by Japanese conglomerated SoftBank. (In any case, with Brexit, the UK has left the EU.) ARM looked to be the odds-on favorite for an all-European processor, but even that may be in doubt now, given these latest developments.

Siagri also suggested that the European exascale effort should not just be about checking boxes on an EU project plan. He used the analogy of the US moonshot program in the 1960s, where President Kennedy proposed putting an American on the Moon before the end of the decade. It wasn’t so much a business plan as an aspirational goal.

“They had a dream,” said Siagri. “We need another dream for high performance computing.”