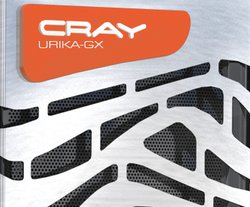 Cray is now offering its Urika-GX supercomputer for rent. One of the last HPC system vendors to give cloud computing a whirl, the company’s initial foray into supercomputer-as-a-service will target life science customers looking for compute cycles on something more sophisticated than a traditional cluster. 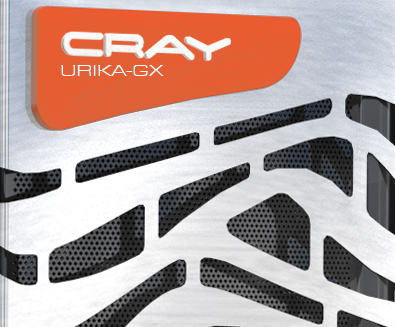 To make its cloud business fly, Cray is partnering with Markley, a cloud infrastructure provider based in Boston, Massachusetts. Markley is a fairly typical cloud company, offering services like collocation, utility storage, disaster recovery, and so on. The company promises 100 percent uptime.

Cray’s entrance into the cloud came about as a result of a beta trial of the Urika-GX supercomputer by a research institute located outside of Boston. According to Ted Slater, who heads up the healthcare and life sciences unit at Cray, genomic researchers there were doing variant analysis, studying cell mutations associated with disease. Identifying those mutations can often lead to effective diagnosis and treatments.

Slater says the researchers were able to realize a five-fold speed-up on their variant analysis runs, compared to the HPC clusters they were using. That allowed them to analyze more data and ask more interesting questions. In fact, the faster turn-around time sped up the whole workflow, including software development of the genomic codes.

It’s not too surprising that a Urika-GX could outrun a conventional HPC cluster, given its customized design, in particular, its use of the Aries interconnect to speed inter-node communications. “It’s also important to know that Urika-GX is an extremely flexible platform for analytics,” says Slater.

The system comes with a complete software stack tuned for analytics applications, especially graph analytics. That includes the low-level Cray Graph Engine, a popular statistical programming languages in R, and distributed programming frameworks, like Hadoop and Spark. Application libraries can be added as needed.

Thanks to the five-fold performance improvement, the research institute was sold on the Urika-GX, but they preferred to rent rather than buy. After all, says Fred Kohout, Cray’s senior vice president of products and chief marketing officer, “who wouldn’t want to use a Cray?”

Although the cloud offering will initially be confined to the Urika-GX system and life science types, Kohout says they’re already considering ways to expand the business. “We’re going to continue to look at other industries and other parts of the Cray portfolio as they make sense,” says Kohout. “And we’ll roll those out in the months ahead.”

If you happen to be attending the Bio-IT World Conference and Expo in Boston this week (May 23-25), Cray and Markley will be on hand to talk about their cloud computing venture. If you miss the event, the two companies will be conducting a live webinar on the new service on June 13th at 10:00 am PDT. You can register for it here.