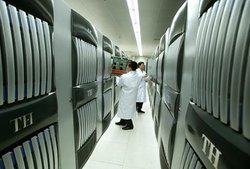 According to a news report in People’s Daily Online, China is planning to launch a pre-exascale supercomputer this year that could outperform Summit, a US machine developed for the Department of Energy that is expected to top 200 petaflops when deployed later this year.

The news appears to be based on a recent conversation with Zhang Ting, a researcher with the National Supercomputer Center in Tianjin. “The new supercomputer to be deployed this year will be 200 times faster and have 100 times more storage capacity than the Tianhe-1 supercomputer, China's first petaflop supercomputer launched in 2010, Zhang said,” the article states. 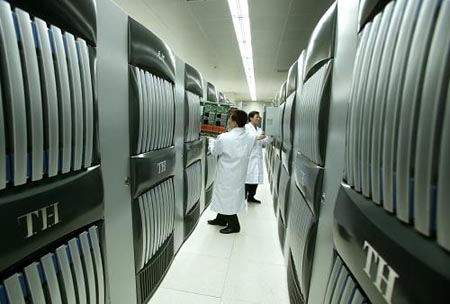 Tianhe-1 delivers 1.2 peak petaflops, and 563 Linpack teraflops. A relatively old system now, Tiane-1 is powered by Intel Nehalem-era Xeon CPUs and now-ancient ATI Radeon GPUs. It is still in operation in Tianjin, and according to a recent article in XINHUANET.com, serves more than 1600 clients. It supports a number of application domains, including oil exploration, high-end equipment manufacturing, biological medicine and animation design. Tianhe-1A, a companion system at the same center, delivers 4.7 peak petaflops.

"The Tianhe-1, which performs more than 1,400 tasks each day, is running at full capacity," said Zhang. "We need a new-generation supercomputer to replace it."

If Zhang’s 200X performance multiplier is accurate, the new supercomputer he’s referring to will deliver 240 peak petaflops, making it the most powerful high performance computing system in China, and possibly the entire world. The current champ on the TOP500 list is Sunway TaihuLight, another Chinese supercomputer. That system delivers 125.4 peak petaflops and achieved its number one spot on the list with a High Performance Linpack (HPL) run of 93.0 petaflops. It’s installed at the National Supercomputing Center in Wuxi and has been at the top the list since June 2016.

Summit, a supercomputer currently being built at Oak Ridge National Lab, is expected to provide over 200 peak petaflops when it comes online this spring. That “over 200 petaflops” could easily reach to 240 petaflops or even higher. Up until now, it looked like Summit had a lock on the number one spot for the June TOP500 list. But if Summit’s Chinese counterpart manages to exceed it in peak flops and gets a decent HPL run, America’s hopes for the TOP500 crown will be foiled once again.

That probably matters less to the Americans than to the Chinese, who seem particularly focused on retaining their top status on the list (as well being the first to achieve exascale computing). Here it’s worth noting that the machine Zhang is referring to is more than likely the Tianhe-2A supercomputer, the long-overdue sequel to Tianhe-1A. It was supposed to be deployed in 2017, when it was being characterized as a 100-petaflop machine. It’s conceivable that the Chinese decided that rather than building another system with a similar performance to TaihuLight, they would take some additional effort and time to come up with a Summit-beater in 2018. 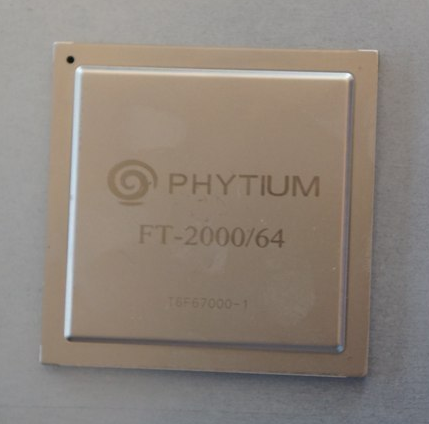 As we reported last year, our best guess is the Tianhe-2A will be powered by a combo of Phytium FT2000/64 ARM chips and Matrix2000 GPDSP accelerators. Assuming they keep those processors in place at their current rated performance (0.5 teraflops and 2.4 teraflops, respectively), they will have to more than double the node count to achieve 240 petaflops. That works out to about 43,000 nodes, which is lot, but certainly not unreasonable for such a machine. (Aurora, the first exascale machine in the US is supposedly going to have 50,000 nodes.)

Given the extra year of development, it’s also possible Tianhe-2A will have more powerful processors to draw from in 2018. If this is truly the "sample machine" for China's first exascale system, those processors will need a substantial performance kick at some point.

In any case, it looks like TaihuLight’s two-year reign as the world’s floppiest machine will come to an end in just a few short months. Time will tell if its replacement will be yet another Chinese supercomputer or if the US will finally manage to edge out its Asian rival for top honors. Stay tuned.