Can a Supercomputing Algorithm Kill Gerrymandering? 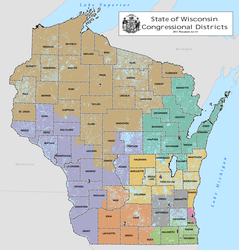 A supercomputing application that can figure out if state legislative districts have been unfairly drawn, has the potential to change electoral politics in the United States. According to its inventors at the University of Illinois at Urbana-Champaign, the application could be used by courts to determine if partisan gerrymandering has been used to unfairly manipulate these maps.

Gerrymandering is a political slight-of-hand that allows the current state party in power to draw congressional and state assembly district maps so that it can hold onto power even if the popular votes in that state swings against them. Basically, the dominant party is able to define the district boundaries in such a way so that the voters registered with the opposing party are spread out thinly across a large number of districts and/or are concentrated in a small number of districts. Those approaches, which are respectively known as “cracking” and “packing,” are designed to ensure that the party controlling the legislature is able to retain more seats in the state assembly and House of Representatives even in the face of losing its popular majority.

For example, in Wisconsin, the district maps were drawn by Republicans some time ago, and in doing so have been able to retain control of the state legislature despite more votes being cast for Democrats. In 2012, only 48.6 percent of the votes went to Republicans, but the party won 61 percent of the state assembly seats. In fact, across the country that year Republicans kept their House majority in Congress despite losing the popular vote. 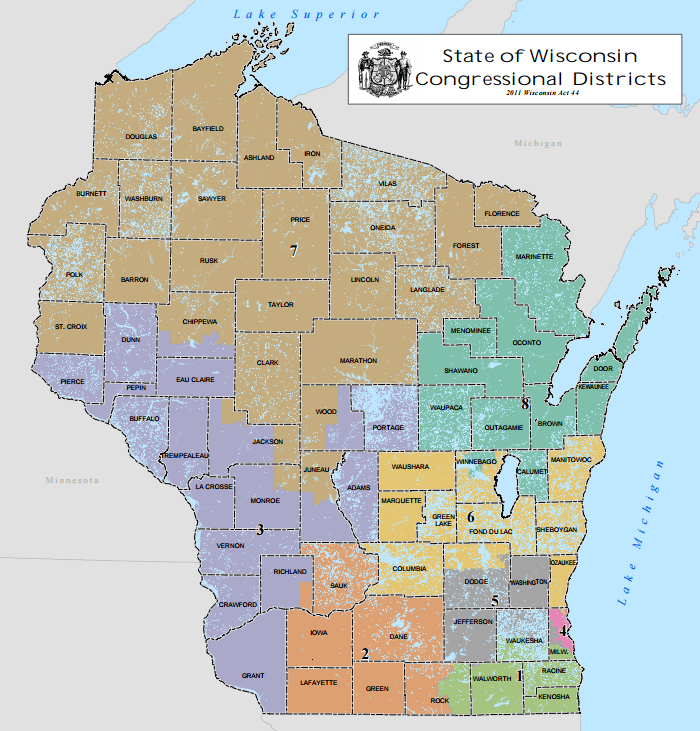 As you might suspect, the courts tend to frown on gerrymandering, and in fact a couple of years ago, a US district court in Wisconsin found that the practice was indeed unconstitutional. The Wisconsin case, Whitford v Gill, is now headed to the US Supreme Court, which has ruled on similar cases before, most recently in a 2006 case. In that instance, the Supreme Court found that partisan gerrymandering actually did violate the Constitution.

But here’s the catch. The court could not find a workable standard for determining when gerrymandering was actually taking place. The odd-shaped districts that are typical of gerrymandered maps could also be a consequence of local geography or arbitrary municipal boundaries. In addition, voters tend to be distributed in such a way that would naturally skew district voting, with the Democrats being more concentrated in cities, and Republicans more evenly spread out across the suburbs and countryside. As a result, the Supreme Court justices found that no standard remedy could be applied.

That’s where the supercomputing application developed by researchers Wendy Tam Cho and Yan Liu at the University of Illinois comes in. When run on the Blue Waters supercomputer at the university’s National Center for Supercomputing Applications (NCSA), the application is able to generate a billion possible maps using only the criteria required by state law and traditional districting principals. Any political information, that is, political demographics, is not factored in. So the maps generated are, by definition, non-partisan.

Cho says producing a billion maps is the key, since it would provide the court with a statistically relevant dataset upon which to make determinations of partisan intent. The large number of maps is the result of the underlying algorithm, which is more computationally efficient than other methods that have been previously tried. Former attempts at this were able to generate only about 10,000 maps, and according to Cho, they were of much lower quality.

“If a billion different maps are very different from the map the court is evaluating, then the Supreme Court has some evidence that partisanship was part of the motivation behind the alleged partisan gerrymandering,” says Cho. “If we then have the computer draw another billion maps where we code in partisan information, in addition to the traditional districting principles, and those maps appear similar to the map in question, the Supreme Court could rightly infer partisan motivation.”

This application could end up being the basis of court’s legal standard for determining political gerrymandering. If so, it could effectively be outlawed across the US. Even “accidental” gerrymandering could be remedied in states like California and Washington, which have turned over redistricting to independent commissions. Theoretically, the software could even be used to draw the maps on its own, taking human bias out of the process entirely.

There’s no guarantee that Cho’s and Liu’s supercomputing application will even be considered when the Supreme Court takes up the Whitford v Gill case. However, recent coverage of their gerrymander-killer at Vox, Salon, and a number of other publications, almost ensures that the everyone involved in the case is aware of their work.

Districts are scheduled to be redrawn once again after the 2020 census, locking in the current system in place until then. But presumably long before that, the Supreme Court will have ruled on the Whitford v Gill case, and depending on what happens, we could witness a historical realignment of congressional districts. And it might all be made possible by a couple of researchers who figured out how overcome human failings with a clever algorithm and a supercomputer.