At the Rivers Casino in Pittsburgh this week, an artificial intelligence program will challenge four professional poker players to determine if a machine can beat humans at the most popular gambling card game in the world. The program, known as Libratus, was developed by AI researchers at Carnegie Mellon University (CMU) using the newly upgraded Bridges supercomputer at the Pittsburgh Supercomputing Center (PSC). 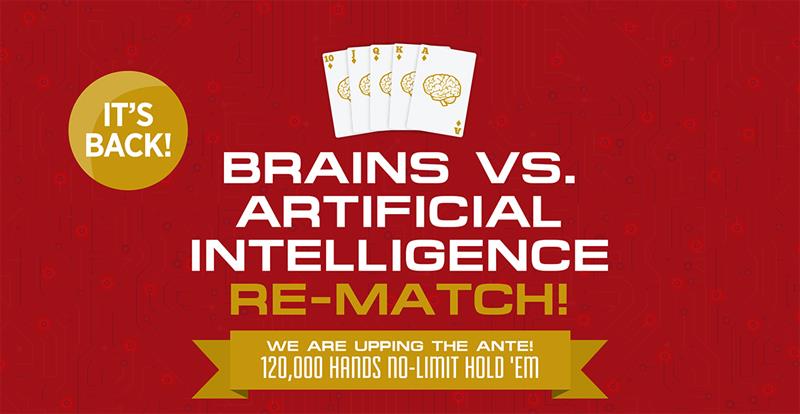 The contest, which began on January 11, will pit Libratus against four of the most accomplished professional poker players in the world: Jason Les, Dong Kim, Daniel McAulay and Jimmy Chou. Over the course of the next 20 days, they will play a collective 120,000 hands of Heads-Up No-Limit Texas Hold’em against their AI challenger. A $200,000 prize has been anted up to help motivate the players – the human ones, that is.

According CMU’s press announcement, Head’s Up No-Limit Hold’em is tremendously complex (which encompasses 10^160 information sets -- more than the number of atoms in the universe). Not only must the AI software must be prepared to make decisions without knowing all the cards in play, it must also be able to predict if the other players are bluffing or attempting some other type of ploy.

This is actually the second time poker-playing AI software from CMU has gone up against its carbon-based competition. In May 2015 at this same casino, a program name Claudio was outplayed by three of four human poker pros over 80,000 hands. That turned out to be too few to definitively establish the superiority of man over machine, which is why they increased the contest to 120,000 hands in this latest showdown.

Claudio had relied on Blacklight, an older PSC supercomputer (an SGI UV 1000), which was retired in August 2015. The Bridges machine that replaced it was 33 times faster and had eight and half times the memory. An upgraded Bridges with even more compute and memory capacity recently went into production, but it’s not clear if the Libratus software was (or is) able to take advantage of the newly installed hardware, which includes 64 NVIDIA P100 GPUs.

Tuomas Sandholm, the CMU professor of computer science who led the development of the poker-playing AI software, said that they were “pushing on the supercomputing like crazy,” consuming around 15-million core-hours of computation to build Libratus. Claudico, he noted, only used 2 to 3 million core-hours. Sandholm said that Bridges was being used to refine Libratus’s strategy right up until the contest started and will continue to be used over the course of the tournament.

With the new software, Sandholm hopes to improve upon some of the shortcomings of Claudico, whose strategies often lacked sophistication. For example, during last year’s contest, Claudico made some bluffs that were very obvious to its human competition. This time around, Libratus will tap into Bridges during live play to formulate more nuanced strategies that should be more difficult for the pros to discern.

As Sandholm notes, the software’s behavior will be unpredictable, even to its developers. We don’t write the strategy," he explained. "We write the algorithm that computes the strategy."

The importance of that can’t be overstated. For the CMU researchers, the goal is not to make a killing on the poker circuit (although with price of college education these days, it might be an interesting way to fund a university). The grander goal is to generalize the technology for decision-making in situations where the information is missing or misleading, and where competitors are expressly countering those decisions. That includes a wide range of human activities in business, the military, security/intelligence, and healthcare, to name a few.

"Extending AI to real-world decision-making, where details are unknown and adversaries are actively revising their strategies, is fundamentally harder than games with perfect information or question-answering systems," said Nick Nystrom, senior director of research at PSC. "This is where it really gets interesting." 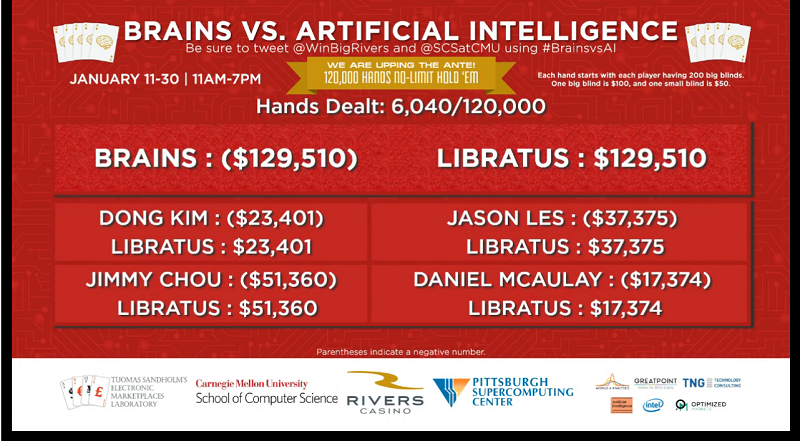 As this article goes to press, Libratus has taken the lead on the first day of play. If you want to follow the match live, click here.