Forschungszentrum Jülich has contracted Atos to build and deploy a 12-petaflop supercomputer, which, when operational, will be the most powerful system in Germany. 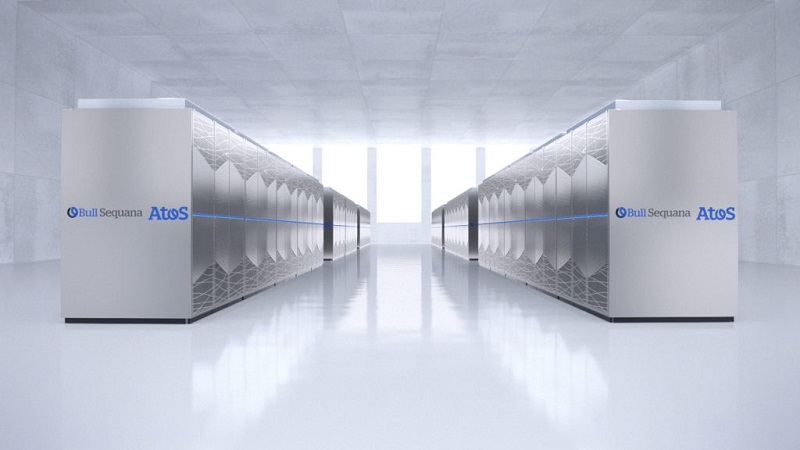 The BullSequana X1000 machine will be used in research for the Human Brain Project (HBP), a European initiative whose goal is to digitally simulate the workings of the human brain. According to the HBP site, the simulation will “be accurate in every detail, and will take in aspects such as genetics, the molecular level and the interaction of whole cell clusters.”

Forschungszentrum Jülich is a major participant in HBP and is involved in several areas of the project, including the development of supercomputing hardware and software that will be required for the research effort. Existing Jülich supercomputers, including JUQUEEN and JURECA, have already been tapped for the work, and two pilot systems – JULIA and JURON – were specifically procured to evaluate different HPC architectures for the project.

Although the new BullSequana system will be employed for HBP research, it will be used for “other activities” as well, presumably to support the various scientific research work being performed at the center. Forschungszentrum Jülich has the distinction of being the first German institution to install a BullSequana X1000. The system will also be only the third Atos-built supercomputer currently deployed in Germany, the other two being Mistral, a 4.0-petaflop bullx cluster at the German Climate Computing Centre (DKRZ), and Taurus, and a 1.4-petaflop bullx machine at Technical University Dresden (TU Dresden).

The specific configuration of Jülich’s BullSequana X1000 was not revealed in the Atos press release. The BullSequana X1000 architecture offers a variety of processors (Intel CPUs, ARM processors, and NVIDIA GPU accelerators), as well as two choices of interconnects (Bull eXascale Interconnct and InfiniBand EDR). The system will eventually include 10 BullSequana X1000 cells, each of which is comprised of multiple server nodes, interconnect switches, and power supplies. Cooling is provided by redundant heat exchangers, which, at least at Jülich, will provide free year-round cooling.

The system is scheduled to be installed in the second quarter of 2018.  Its cost was not revealed.