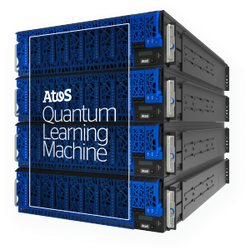 Scientists at the Atos Quantum Laboratory say they have incorporated “quantum noise” into the workings of Quantum Learning Machine (QLM) platform the company offers to researchers.

Quantum noise is an attribute of systems that operates in the quantum realm, and in the case of quantum computers, this noise leads to unfortunate events like data loss and faulty qubit operation. As a result, quantum computing systems have to implement error correction mechanisms in hardware or software to correct the inevitable problems that occur during normal operation.

Atos’s rationale for modeling this noise in QLM is to enable quantum computing researchers to develop and test algorithms in a more realistic environment, including simulating different types of qubit hardware with varying noise profiles. According to the press release, the platform has been upgraded with “advanced quantum hardware modeling capabilities such as physics-based realistic qubit noise simulation and optimization of quantum software for real quantum processors.” 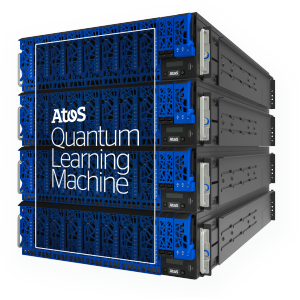 From the sound of that, Atos has managed to implement this in software, rather than changing the underlying hardware of the platform, which appears to be pretty standard. The company’s QLM brochure states the appliance has “a specific hardware infrastructure, with large in-memory capacity,” and promises a dedicated hardware accelerator will soon be available. The “Intel Xeon Inside” logo on the QLM introductory text on the website implies the machine is powered by Xeon processors.

There are a number of variants of the machine, supporting a simulation environment of 30, 35, 38, 39, or 40 qubits. The 30-qubit machine is powered by two CPUs and contains one terabyte of memory, while the top-of-the-line 40-qubit configuration is outfitted with 16 CPUs and 24 terabytes of memory.

Hardware aside, the real value of the solution is in the qubit simulation software and the platform’s programming environment. QLM comes with a universal quantum programing language, known as the Atos Quantum Assembly Language (AQASM), along with a high-level quantum programming language built atop Python.  The idea here is to allow developers to build algorithms independent of any underlying quantum computing hardware. Atos claims you will be able to use the code developed on the QLM simulator on real quantum hardware once it becomes available.

Atos is targeting QLM to researchers who are exploring quantum computing in areas such as AI, data analytics, material science, pharmaceuticals, and the Internet of Things. Since the QLM launch in July 2017, the company has sold systems in the USA, Germany, France, the Netherlands, and Austria.