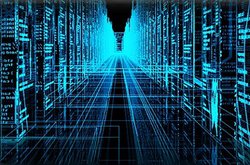 In a blog post published last week, Amazon Web Services Chief Evangelist Jeff Barr announced a new Elastic Compute Cloud (EC2) instance, known as the F1, which incorporates Xilinx FPGAs. The web giant says users will not only be able to build FPGA-accelerated applications for their own purposes with the new instance, but also resell them in the AWS Marketplace to third parties. 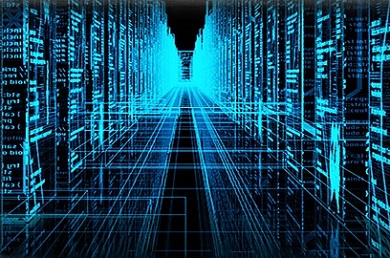 Barr makes the conventional pitch for FPGA acceleration, noting its inherent advantage in implementing parallel computation much more efficiently than general-purpose chips by being able to implement an application’s dataflow at the level of the logic elements. Writes Barr:

“This highly parallelized model is ideal for building custom accelerators to process compute-intensive problems. Properly programmed, an FPGA has the potential to provide a 30x speedup to many types of genomics, seismic analysis, financial risk analysis, big data search, and encryption algorithms and applications.”

The F1 instance is equipped with Xilinx’s Virtex Ultrascale+ VU9P, a 16nm device that contains about 2.5 million logic elements and over 6,800 DSP engines. The F1’s host CPU is Intel’s 18-core Broadwell E5 2686 v4 processor, which runs at 2.3 GHz. The instance may be configured with up to 8 FPGAs, 967 GiB of memory and 4 TB of NVMe flash storage. The PCIe fabric allows multiple FPGAs to communicate with one another directly, as well as share the same memory space.

Application developers will have access to the Xilinx Vivado Design Suite free of charge, but that will require that the application code be implemented in VHDL or Verilog. Third-party tools can also be used, including higher level frameworks like OpenCL, but that means users will be responsible for their own development environments.

At this point, FPGA application development is geared toward a rather niche audience, so this will hardly be a volume business for Amazon in the near-term. HPC cloud specialist Nimbix recently added Xilinx FPGAs to its own infrastructure in the hopes of building a customer base of FPGA computing enthusiasts. Much of the initial customer base will be Xilinx engineers themselves, who will be developing and testing software on their own product.

Microsoft and Baidu have incorporated FPGAs into their respective clouds, but mainly for purpose of accelerating their own AI services. Amazon is likely looking at the AI application space as one area that could attract a critical mass of FPGA users, given the uptake by the two aforementioned cloud providers, not to mention Intel’s foray into FPGA-accelerated AI with its Arria 10 product. The Ultrascale+ VU9P appears to be a good choice for deep learning inferencing, thanks to its DSP capability. According to a Xilinx report, the Ultrascale+ VU9P delivers 231 INT8 gigaops per watt, which is about twice as efficient as Intel's Altera Stratix 10, and nearly five times as efficient as the Arria 10. Perhaps Amazon will run some of its own machine learning work on the F1 gear when users aren’t renting those cycles.

The F1 instance is currently available in the form of a developer preview in the US East (Northern Virginia). The intent is to expand to additional regions in 2017 as the instances become available.